This is the twenty-sixth of thirty-one installments of Donna’s Cancer Story, which will appear daily in serial format through the month of September to recognize Childhood Cancer Awareness Month.  Each post will cover one month of Donna’s thirty-one months of cancer treatment.

Ten days of this month were spent in a children’s hospital in Indianapolis with a double port infection.  During those ten days I must have thanked my lucky stars approximately 673 times that we lived in Chicago and were treated at Children’s Memorial.  Donna’s beloved tubey had to come out, requiring the insertion of a picc line in her left arm.  These were scary, awful days.  Some of the worst since 2007’s stem cell transplant, and that’s really saying something.

The origins of the infections were unknown and while many children with cancer experience numerous infections, the only infection Donna ever had was during her stem cell transplant.  The worst thing a Cancer Parent can hear in the midst of treatment is ‘infection.’  Scratch that.  ‘Relapse’ is the worst word, though infection is a damn close second.  Wait, you can add ‘terminal’ and ‘hospice’ to that list, too.

The ten days felt more like ten years and included being transported to Indy from Bloomington via ambulance due to Donna’s raging fever that came out of nowhere and sent her into a shaking bundle of discomfort.  Terrible ER care.  Misdiagnosis.  Hearing from our team in Chicago that Donna had an infection before the Indy team even knew.  How that is even possible is still beyond me.  Alarmist rhetoric from an unfamiliar oncology team that clearly were annoyed by my advocacy skills.  Perhaps because they were on the receiving end of them?  I was told by the head of pediatric oncology that Donna was receiving ‘adequate’ care.  “Adequate care,” I told him, “is not good enough for Donna, or any child in your care.”

This is a bit stream of consciousness, so bear with me:

Staying in a hospital room with two children, one of whom wanted OUT (Donna) and the other of whom (Mary Tyler Son) was not allowed out of the room because as an infant he was not yet fully immunized.  This was at the start of the swine flu epidemic, for added drama and paranoia.  A port removal surgery scheduled at 9:30 p.m.  I remember being with Donna in surgery, and Mary Tyler Dad being in Chicago, but have no memory of where Mary Tyler Son was or who was with him during those hours.  My Dad?  You?

Placement of two IVs in Donna’s hands, rendering her unable to use them at all; we called them her “claws.”  A picc line insertion done without any sedation, Donna screaming to the surgeon, “NO MORE LIDACAINE!”  A surgery without sedation is incomprehensible.  Going back and forth daily to the proton center via a 70 minute ambulance ride so we wouldn’t fall behind in treatment.  The RN that had to accompany us talking on her cell phone the whole ride.  Some EMTs offering Donna donuts on the ride home and others refusing to allow her to eat because of liability reasons.  Donna losing her will.

That was scariest of all.  When the IVs were inserted in her hands, without any discussion with me about placement, they left Donna unable to feed herself, move herself in bed, or play easily.  She simply started to fade.  It was sad and scary and painful – – no doubt duplicating how Donna was feeling herself.  We got through it, and returned to Jill’s House in Bloomington to resume treatment, but those ten days were scarring in so many ways.

Remembering these days now, I still feel so impotent to stop what was happening.  I am certain that the care at that Indy hospital must be better than what we experienced, but it feels like Donna’s care was doomed from the moment she was wheeled into the ER.  Having worked in health care for so long, I know that sometimes that is precisely what happens.  Mistake after mistake, arrogant doctors who cover other’s mistakes with defensiveness, unfamiliar staff who saw us as a short time problem to endure.  And Donna caught in the crossfire.

Later in the month, on another trip home to Chicago for scans, we got the best news possible, that the small lesion in Donna’s neck was shrinking.  The proton beams were working.  Donna was recovering from the infection setback/trauma as were Mary Tyler Dad and I.  We saw the lights at the end of the proverbial tunnel, but I lost some of my fight this month.

In working to advocate for Donna, in trying to discuss all of the mistakes and mishaps made by hospital staff that harmed our girl, I was defeated.  Even the most basic of things.  I could not take Mary Tyler Son in the halls, which meant I could not leave to get food for myself.  I was not allowed to order food through the hospital.  I was not eating.  A nursing mother not eating and no one seemed to care. 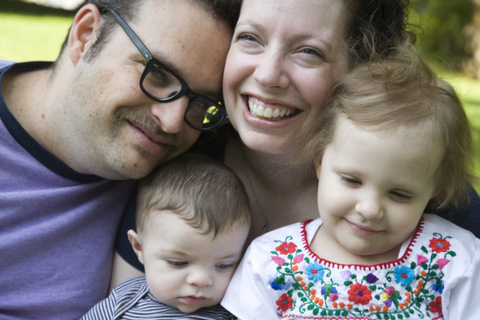 When I asked to speak to a patient advocate, the gal I was referred to listened politely, but only wanted to know if I planned on hiring legal representation.  I stepped back.  Donna and Mary Tyler Son needed me more than I needed to grind my axes and rail at the injustices of alarmingly poor pediatric care.  We just wanted to get the hell out of Dodge.

It was suggested during this period that I might want to start Mary Tyler Son on formula – – that the stress of nursing was too much in the midst of this cancer chaos.  I strongly declined.  Some days the only time I held him was when he was suckling.  I wish I remembered more about his infancy.  Those lost memories are another casualty of cancer.

All of the photos you see today were taken by my friend, a photographer, who visited with her youngest daughter for a week to tend to us and shoot Donna.  More than any others, these photos cut to my core.  They capture Donna in all her splendor, remind me of her wisdom, her wonder, her tenacity, her strangely knowing eyes.  The deepest blue eyes I have ever seen.  My memories of Donna are shaped by Anne’s photos of her.  That is a gift I can never repay.  Taken just a couple weeks after the infection ordeal that was already becoming a memory.

You see, the wind blew with Donna’s health.  When she was well, we were well.  When she struggled, we struggled.  She had no inclination to wallow in or pity her situation.  She wanted to live.  She knew, intuitively, that life was a privilege and she did not waste a moment of hers.