Seven months into Donna’s cancer treatment, we learned that the docs were recommending a stem cell transplant for her.  The toxicity of the chemo required to kill off her immune system was so potent that the transplant team informed us that Donna, just three years old at the time, would never be able to bear biological children.

We were still firmly in the camp that Donna could survive her brain tumor, and so I grieved a little grief over my two year old’s future fertility.  And then, with our daughter,  headed into one of the most arduous phases of cancer treatment a human can ever experience.  When you are parenting a child with cancer, you learn quickly to do what you need to do and keep moving forward.  It is shocking to learn what choices you are capable of making when your options are so grim.

It was during that period when I first initiated a discussion about adoption with my husband.  “When treatment is over, we should talk about adoption.  If Donna won’t be able to carry children, I want her to know that families are made in all different kinds of ways.”  Our adoption plans eventually became moot, as Donna’s cancer proved so tenacious.

Fast forward a few years, after Donna’s death and the three miscarriages that followed within 18 months.  Adoption was back on the table.

At 42, I wasn’t interested in seeking treatment for infertility.  Despite the miscarriages (4 total, as I had had one earlier), I never thought of myself as infertile, having birthed two full term babies. And my OB/GYN never seemed too curious about what was causing my miscarriages.  Old eggs, we presumed.  Honestly, with my knowledge of what was involved with IVF, I wasn’t interested.  Close friends had been through the process, both successfully and unsuccessfully.  I didn’t think I could take the heartbreak or the medical aspects of it.  A medical trauma like cancer will do that to you.

So in June 2011, just six weeks after my last miscarriage, we initiated the adoption process.  Two years and one adoption agency change later, we would finally connect with the woman who would choose us to raise the son she did not feel capable of raising herself.  We hold this woman very dear to us, as we view adoption as a pact with her, even more sacred than marriage.  She made a brave and selfless choice for her child, one that we honor daily by showering our son with love and care.

I don’t write too much about adoption.  If you poke around the Internet around adoption issues, you will quickly be introduced to the anti-adoption movement.  I don’t know how large or organized or effective the actual movement is, but I do know, from deeply personal experience, that they can be a bullying, angry, and hateful contingent that clearly has “adoption stories” hard wired into their Google alerts.

While I can understand the pain that must precipitate the anti-adoption venom, I cannot condone the tactics or absolutism they employ where adoption is concerned.  It seems almost inconceivable to anti-adoption advocates that healthy, mutually agreed upon adoptions exist.  I have learned I don’t have the stomach for the vitriol that surrounds it.  It is emotionally painful to be judged because of how my family was created and I fully reject the routine accusations of having bought or stolen my baby. 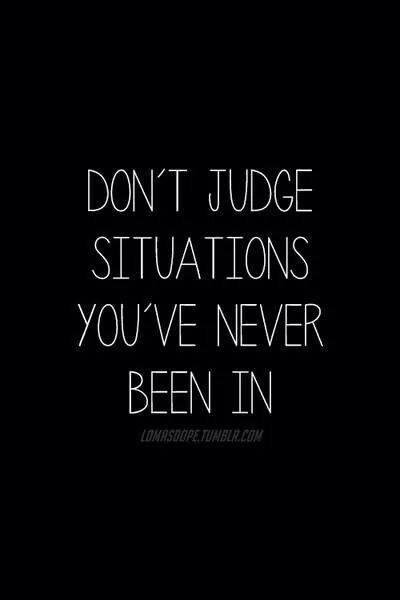 Historically, that same kind of venom and prejudiced thinking applied to babies conceived through in vitro fertilization (IVF) and other reproductive advances.  The science was scary and, well, sciencey.  People questioned if it was God’s will for babies to be made in a test tube. Even now, it is easy to find websites dedicated to condemning the practice and using fear tactics which suggest that babies born through IVF are much more susceptible to birth defects, including an increased risk for cancer.  More reputable sites, i.e., those lacking a religious agenda, state that those concerns are statistically insignificant.

There is also a moral argument made that people who utilize IVF for their family plan simply want “designer babies,” or the ability to choose their child’s gender and even the number of babies per pregnancy.  Twins are so chic this season, don’t you know!  Conversely, the accusations fly that when twin, triplet, quadruplet, or even larger number embryos are the result of a successful IVF, couples are aborting an extra child or children willy nilly.

Surrogacy, too, does not escape the judgment police.  Last week I was engaged in a friend’s Facebook thread about the morality of surrogacy.  An article was posted about a young woman who learned at age 17 that she was born through a surrogate and now works hard to endorse legislative restrictions against the practice of surrogacy.  I left a comment that the young woman could use a therapist (not sarcasm, but a clinical judgment) and that if the worst thing that should befall her is having been born to a surrogate, well, she should count herself lucky.

I had no idea the thread would quickly turn into a condemnation of the practice of surrogacy as being nothing more than “transactional” in nature, no different than a business deal, and lacking the love of conception.  I’ll be honest, this touched a nerve, as I, too, have been accused of exploiting a woman for my own personal gain because of financial privilege.  When I made that argument, that people considered my adoption a transaction, nothing more than a baby bought and paid for, I was quickly reassured that NO!, adoption is a beautiful thing and how could anyone ever think otherwise?

My argument, that many people did think adoption was a transaction, and were against the practice because of that, was completely lost in the discussion.  In this particular thread, surrogacy was “morally bankrupt,” and adoption was a loving gift, as if the people who had judged my adoption were wrong, but judging surrogacy was grounded in some higher truth.

It turns out, with a wee little bit of a Google search, there is a fairly strong religious (Catholic) and political (conservative) agenda against surrogacy these days.  A growing anti-surrogacy movement, that I personally feel is another means to prevent gay men from parenting, but that’s just me.

I am reminded of my immediate thought after grieving my daughter’s fertility, ” . . . families are made in all different kinds of ways.”  It was so important to me, even in the midst of nursing my girl through her cancer treatment, that she knew and understood that.

It is just as important that those blessedly untouched by infertility or those not in same sex relationships understand the concept as well.  Not all of us are able to procreate easily and without intervention.  Less judging, more loving.  Families are made in all different kinds of ways, and if those ways are ethical and loving and sincere of intentions, then stop the judging.

If it’s simple enough for a two year old to understand, surely us adults can get there, too, right?

Hey-O!  If you don’t want to miss a single post, please subscribe to my bloggy blog.  Here’s how: