Earlier today a stranger on Facebook accused me of not being my youngest son’s “real” mom, my youngest son being adopted.  I deleted the post immediately.  I didn’t engage the stranger, didn’t argue the point, and won’t tolerate that nonsense.

I’ve been exposed to Internet hate before.  It’s anonymous and angry and the rule is that you’re supposed to ignore it.  For the most part, I do, but don’t kid yourselves.  If you are repeatedly the target of hate, even anonymous and virtual hate, it can have a negative and potentially harmful impact on you.

I’ve written about controversial issues in the past. Guns.  Abortion.  Politics. Adoption. And, yes, adoption is controversial.  I didn’t realize that before I became a part of the adoption community.  I was naive enough to write about our family’s wish to adopt, not thinking anything of it, full of hope and good intentions.

The Internet schooled me.

That schooling took a toll on me, despite my best efforts for it not to have an impact. For the record, after coming to adoption, I more fully appreciate the nuances and complicated nature of adoption. It’s not a black and white issue and there is tremendous pain and loss attached to it from everyone involved.

I’ve witnessed pain experienced from every side of the adoption triad — birth parents, adoptive parents, and adoptees.  I get it.  I’ve lived it.  And you just need to believe me on this front, as I will never, ever publicly reveal details about my personal experience with adoption, as they would hurt my child.

A real mother does not intentionally hurt her child.

A real mother protects her child from needless pain and conflict. 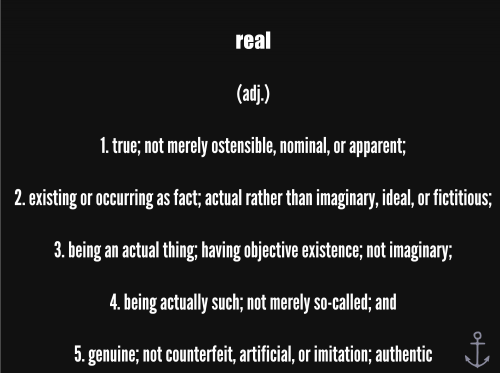 There are times I am vulnerable enough to give in to the burden of the labels I carry.  It is terrifying to be a Cancer Mom.  It is complicated to be an adoptive mom.  It is relentless to be a grieving mom.  I am all of those things.

Somedays I would give anything to be none of those things.  Somedays I celebrate how being those things has shaped me in profound ways.

Because I have seen a child from birth to death, lowering her body into the ground with my own arms, I know I have strength.  Because I have stood in line at the Walgreen’s, trying to fill the prescriptions of my son’s Birth Mother while she sat in a room, holding the child she had just birthed, and signed form after form confirming her choice to place that child in the hands of another, I have humility.  Because I wake up each and every day bearing the weight of grief and loss of a child, but still manage to dress the kids and pack the lunches and fold the laundry, I have resolve.

Those experiences, painful and hard as they might be, give me perspective, something many people blissfully pass through this life without.  I rely on that perspective to cope with things like the Internet hate of strangers, or, at times, even the ill will of someone I know personally.

When someone suggests, because my youngest came to me through adoption, that I am not his “real” mom, I know better.  The hate in those words, the intent behind them — to undermine and intimidate, give me pause, to be sure, but armed with my life’s experiences and perspective, I know enough to reject them.

I am a real mom to all of my children.

These words I write tonight are as much for me as they are for those women sitting at home reading them, who came to motherhood through a different means and have had their status called into question.  You are a real mother.  People use the premise of “real” motherhood to hurt and belittle and diminish, but they are not true.

I’ve had enough of remaining silent on this issue, holding my tongue in favor of being diplomatic, empathic, sensitive, or thinking it was what my son needed.  What my son needs is a mom. That happens to be me, not through biology, but through love and care and connection.

And me being “Mom” in no way lessens the role my son’s First Mother had.  One is not better or worse, more or less significant.  The roles are separate, different, and necessarily dependent on one another.

I am as real as it gets.  I bleed, I poop, I feel.  I care for all my children — those I gave birth to and the one that grew in another woman’s womb. They are all mine and I love them each the best I can — with confidence, with compassion, with certainty.

People can try to diminish that love, but they will fail because they come from a place of ignorance and hate.  This real mom knows better.