This is the third of thirty-one installments of Donna’s Cancer Story, which will appear daily in serial format through the month of September to recognize Childhood Cancer Awareness Month.  Each post will cover one month of Donna’s thirty-one months of treatment.

Full disclosure here, I feel guilty about what you readers are experiencing with this effort of mine.  I’m a clinical social worker and know full well of a phenomenon called ‘vicarious traumatization,’ which happens when a trauma specialist spends day after day being exposed to another’s trauma.  Mea culpa, my bad.  But here you are, and here I am, so let’s get to it: 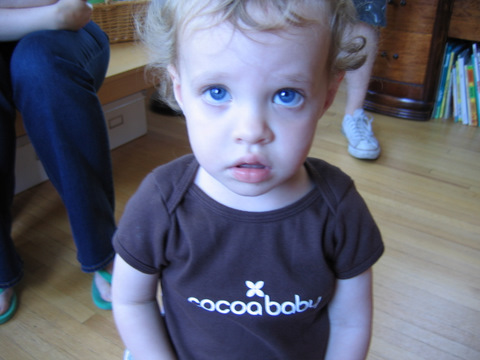 Whiplash is what comes to mind in this third month of Donna’s treatment.  The month started with a plan to temporarily relocate to Texas for proton beam radiation treatment at MD Anderson.    Yes, Houston, we have a problem.  Three days before our departure, Donna had an MRI at Children’s to establish a baseline for her treatment.  Before even leaving the hospital, our neurosurgeon called us to report that the “nub” of a brain tumor detected just 21 days earlier had experienced “explosive growth.”

What unfolded in the next days is something I would not wish on any living soul.  Plans were quickly scrambled and a surgery was scheduled.  Just ten weeks after her first resection, Donna’s brain would be cut open in the exact same location.  This surgery took longer, though the recovery was much quicker.  Donna, the bull that she was, sailed through.  Her oncologist once referred to her as a “sweet princess” and I felt the need to correct him.  Donna was never a princess, she was more of a tough cookie.  Always had been.

On the heels of the surgery, while Donna was recovering in the neuro unit, the oncologist came by late in the afternoon a day or two later to toss out the suggestion that he would like to have a full body scan to rule out any migration of the cancer.  This sounded ominous to me.  Nothing like this had ever been mentioned or suggested before.  A pit embedded itself in my stomach and did not leave.  This photo was taken just minutes after that discussion.  Donna was in heaven and we were in hell.

We were gently and compassionately advised by Donna’s oncologist that it would be perfectly reasonable to not treat the cancer and let Donna enjoy the time she had left to the best of her ability.  A prognosis of 2-3 months was given.  Alternately, we could pursue chemotherapy with no roadmap or certainty that it would help.  Papillary meningioma has a poor track record if not cut out.  It tends to migrate and be non-responsive to adjuvant therapies like chemo and radiation, but the sample numbers were miniscule (as the diagnosis is so rare.) We were offered the shot.  They discharged us with the assignment to think it over.

And this is where the whiplash comes in.  How does one carry their child home from the hospital with no treatment plan and a prognosis of 2-3 months and “think it over.”  And Donna, bless her beautiful, innocent soul, had not a care in the world.  She was happy, felt great, was recovering nicely from her second craniotomy.  She just wanted to play and laugh and dance and read and giggle and be her own joyful self.  Here is a passage I wrote in our caringbridge journal from this month:

“There is a tenseness that does not go away, ever.  It is in our sleep, our wake, our breathing.  It is too difficult to imagine what we could lose and so we only deal with it in these incredibly potent, concentrated bursts of terror, doom, fear, and dread.  And then we have a tea party with Donna.”

There were many tea parties with Donna this month, despite our dire circumstances.  Park visits, zoo visits, play dates.  It was spring, and trees and gardens were waking up.  Donna, you see, was still just 22 months old.  She knew what she knew and wanted what she wanted.  We did everything in our power to protect and preserve her childhood.  We needed her innocence just as she needed our protection.  Mary Tyler Dad said it best, “She is an opiate for pessimism and despair.”

We took our cue from Donna, just as we had been advised to do by our wise and gifted nurse coordinator.  Donna was life.  She was so vibrant and vital and alive, that in the end, our choice to pursue chemo was made by her.  These days, the docs no longer tell you what to do, at least in our case where there was no track record of whether or not any of our options would work.  The choice was ours.  A game designer and social worker left to fend for themselves in this new terrain of medicine where the stakes were impossibly high.  Sigh.

Before chemo could begin, Donna’s disease needed to be “staged.”  Lord, how I hated that word.  Staging is a series of tests performed over a number of days to determine if and where the cancer has spread.  The anxiety will bring you to your knees.  Bar none, waiting for test results is in my Top 5 Worst Things About Being a Cancer Parent.

Our timeline was so compressed that the docs admitted Donna to oncology before we had any results.  Chemo was ordered and administered literally moments after our oncologist gave us the good news that Donna’s bones had been spared.  Poor guy was tackled by me with hugs and wails of relief.  When the toxic chemo started to drip in Donna’s veins, she was sleeping.  I was huddled in a corner wrapped in a prayer blanket that had been gifted to me that morning.  There was a hush in the room  and the nurses silently completed their task.  The space felt sacred.