This is the fifth of thirty-one installments of Donna’s Cancer Story, which will appear daily in serial format through the month of September to recognize Childhood Cancer Awareness Month.  Each post will cover one month of Donna’s thirty-one months of treatment.

When you are caring for a child with cancer, you take nothing for granted.  Nothing.  Now that Donna’s chemo had proven effective, we knew what we would be doing for the next few months.  We knew when the chemo would be scheduled.  We knew that 10-11 days after the chemo drips finished, Donna would reach her nadir — the point in her chemo cycle where she had no counts (meaning, an absence of white blood cells), required blood and platelet transfusions, and was at her most vulnerable for infection.

We knew on that day Donna would develop a fever.  It would start low, 99-100, but we knew just where it was going and would reach its destination in a few hours.  We were not allowed to administer Tylenol to take down the fever.  At said destination, 101.5, we would call the hospital and be instructed to head to the ER.  They would take Donna’s temperature and immediately administer Tylenol to take down the fever.  We knew that we would spend several hours in the ER before Donna would be admitted to the oncology unit.  Believe it when I say this was a blessing.  After four months of uncertainty, bad news, terror, and sucker punches, this month of treatment was a welcome friend.  We had achieved routine, the holy grail of pediatric cancer treatment.

It sounds impossible, but it’s true.  Mary Tyler Dad took comfort in the writings of Primo Levi during this period.  Levi was a Holocaust survivor of Auschwitz and lived to write beautiful novels and stories, all influenced by his time there.  He wrote of survival and the surprise of living under the worst of conditions.  We could relate.

Donna was more than holding her own in these weeks.  Because we now had predictability, we could venture into the world of making plans again, albeit on a limited basis.  Playdates could be scheduled during the healthy week of the month between recovery from neutropenia and returning to the hospital for the next round of chemo.  We learned to take advantage of that week fully and completely.  When Donna’s counts returned to normal we celebrated with macaroni and cheese at Noodles and Co.  When her port could be deaccessed, she delighted in baths that didn’t involve saran wrap.

Donna’s port is important to understand.  Indulge me while I explain.  In order for chemo and other drugs to be administered more easily, a device, or “port,” is placed under the skin in the chest.  It’s about the diameter of a quarter and several times its width.  Think of a stack of three or four quarters being embedded, flat, under your skin, just to the outside of your left nipple.  When chemo is being administered, the port is “accessed” with a needle inserted in the port and linked to fluids.  Donna used her port for chemo, but also for overnight fluids that were required to fend off dehydration.  These fluids were managed by me and Mary Tyler Dad at home.  We learned to wake and change Donna’s diapers twice each night, at midnight and 4am, to prevent her diaper overflowing from all the fluids.  Graciously, Mary Tyler Dad handled those early morning changes as payback for the year of nursing I did when Donna was a newborn.

When chemo or fluids are not being administered, but there is a frequent need to take blood for testing, the port remains accessed, leaving a 4″ – 6″ tube dangling.  It is easily hidden under clothing.  Donna came to call this tubing her “tubie.”  She had a hate-hate relationship with her port, but pretty much loved her tubie.  It was her near constant companion.  The needle sticks were frequent for chemo and blood draws and those were universally traumatic, but they were made easier because of the port.  The port negated the need to find a vein and poking it was pretty easy.  We even did it ourselves a couple of times in emergencies.

The few days a month post neutropenia and pre- next round of chemo, Donna was allowed to have the port access removed.  We would cheer, “No more tubie!”  Now you understand how bath time was made easier sans tubie — no saran wrap needed to protect the port from water.  (Our official Cancer Parent endorsement is Glad Press ‘N Seal — works wonders for the cancer kid!)  Also, when the tubie was removed, the skin at the port site was now exposed and visible from underneath the tape that usually covered it.  Inevitably, it was bruised and purple.  Donna called it her third “nickel.”  She was clever like that. 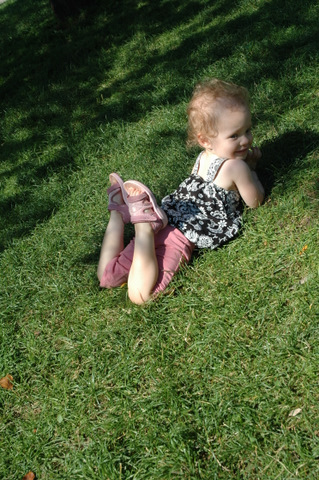